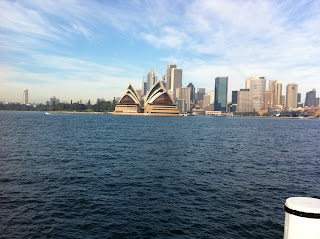 Fuel VFX has added Zerowait’s SimplStor NAS archive to its storage architecture. Using proprietary tiering software developed in house by Fuel VFX, volumes on the 4U, 68TB unit provide nearline access for scripts and a library of film assets. In addition, the SimplStor is used to provide nearstore volumes, reducing the time of the backup window for Flame suites (now disk to disk), with the tape library now attached to the SimplStor. Dylan Penhale, Chief Technical Officer, said: “We knew SimplStor offered excellent value and density, but we’ve been pleasantly surprised by its performance. Transfers have been faster than we expected, offering better performance for our users and helping to further shrink our backup windows. ”

Laurence Jones, Managing Director of Zerowait Pty, added: “Fuel VFX is the first of the Australian Digital Effects companies to install SimplStor, but based on conversations we have had with others in this community we know requirements for low cost high capacity disk archive are pressing everyone in media creation. SimplStor’s price/density ratio, with tier one support, makes it an ideal solution for these applications.” Added Mike Linett, President of Zerowait: “We began working with Fuel VFX over a year ago on their Tier One NetApp Storage. With the opening of our Sydney office, they realized we were committed to providing outstanding service in Australia, and their purchase of SimplStor shows their confidence in our ability to provide business critical support.”

SimplStor offers easily extensible NAS disk archive storage for less than the cost of tape. Combined with off lease NetApp systems, enterprise class support and offices in the US, Europe and Australia, Zerowait offers customers worldwide the cost saving solutions they need to meet today’s shrinking IT budgets.

About Zerowait
Headquartered in Wilmington, Del., USA, and with offices around the world, Zerowait is the worldwide leader in independent service and support of NetApp filers. Zerowait solutions include off-lease fully licensed NetApp systems and the new Zerowait SimplStor line of single-name space archive storage. Storage administrators throughout the world rely on Zerowait to provide affordable solutions to the skyrocketing costs of data storage. http://www.zerowait.com

A Week in Illinois

I was in Illinois last week visiting with several of our customers and while in Chicago I was parked next to the new Marilyn Monroe Statue. There certainly were a lot of admirers of the statue.

We do a lot of NetApp support business in and around Chicago, and I got to visit with a lot of customers in just a few days. Many of our customers are looking for alternatives to NetApp because they don't have the budgets anymore to afford the upgrade path that NetApp's sales folks are suggesting to them.

I also had several good meetings with customers about our SimplStor storage products. I heard the same type of issues that I heard in Boston a couple of weeks ago about the costs of keeping LTO tape libraries running. Several of the customers I talked to like our SimplStor solutions and think it is the right answer for the times.
Posted by mike at 11:16 AM No comments:

Over the last few years Zerowait’s growth has been fueled by the recommendations and referrals of our customers. This week I was talking to a customer who first contacted us many years ago based on a referral. Like so many network and storage managers he is trying to solve a series of storage infrastructure problems that have accumulated over time due to network and software changes. Each budget cycle he has to choose which service and support packages he can afford within his operations budget, and which items will have to forego support. Some items will be replaced with capital budget items, but those are getting harder to justify and the procurement cycles seem to be getting longer. As everyone in the business understands, providing high availability is difficult under a restricted budget.

Zerowait’s affordable service and support for his NetApp equipment helps stretch his budget to keep other parts of his critical infrastructure under maintenance contracts, but some of the support contract pricing provided by the OEM’s is truly outrageous. His current problem is that they depend on a tape library which was built by an OEM that was purchased by a bigger company, which was then purchased by an even bigger company, and now support pricing has gone through the roof. The latest support quote for his library is more than the original purchase price! Archiving is a requirement, but there is no way to fit that quote into the department’s budget. I suggested that he consider a SimplStor solution to replace the tape library.

That’s one reason why our customers keep recommending us.

I was visiting customers in the New York and Boston areas last week and we were discussing their plans for their storage infrastructure in 2012. We discussed the usual complaints about the high cost of proprietary hardware and software used to manage and maintain their growing storage requirements. But I also heard a lot about and the high cost of tape and archive tape storage.

When visiting with customers it is pretty common to hear complements about how Zerowait’s independent NetApp service and support perfectly fill in the gaps that NetApp leaves with their legacy support policies. NetApp is focused on building and selling new products, and Zerowait concentrates on supporting legacy NetApp equipment. Our business has grown internationally by concentrating on providing storage value into this High Availability niche market.

Last week a majority of the customers that I saw mentioned that they were considering our SimplStor as a complementary storage archive to their LTO tape investments. As I listened to our customers I heard a common theme that Iron Mountain was charging a lot for tape storage. It seems that the point may have been reached where tape storage cost and the SimplStor starting price of $20K for 68TB makes SimplStor as a disk archive a complementary solution to archiving tape. According to one customer I met their ROI for using our SimplStor as a tape replacement was less than 6 months due to the prices of tape library maintenance, cost of tape, and the cost of remote tape storage.

As the overall economy remains in the doldrums many of our customers are looking for affordable alternatives for their secondary and tertiary storage requirements. And it looks like Zerowait has the right solutions for a growing community of enterprise storage users.