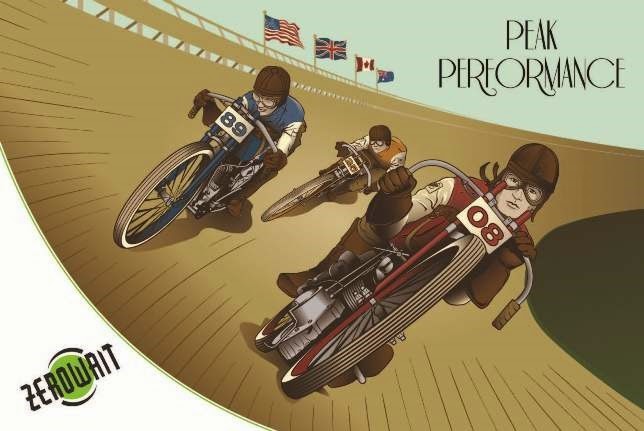 The end of the year is a time for reflection on this year’s events and planning for next year’s business opportunities. Our customers faced a lot of challenges this year and so did we as the economy changed, the internet faced new challenges and new regulations took effect.

As the economies of Australia, Canada, Europe, New Zealand, and the USA changed this year our business changed to meet the demands of companies and governments with tighter budgets and growing storage requirements. To meet the demand many of our old and new customers wanted to expand their legacy NetApp infrastructures. With tight budgets they needed a partner who would work with them to provide cost effective solutions for NetApp equipment and support, and Zerowait’s business grew to meet these needs.  On the operations side, we had to work with a new bank that specialized in foreign currency exchange to meet the needs of one of our customers with many international divisions. The bank we have been using for two decades was unable to help us because of new Dodd Frank regulations.  Interestingly, the new bank we are using offers better credit card processing rates than our old processor, so while Zerowait experienced some unexpected consequences because of the new regulations, our new banking partner had a better credit card solution which was an unexpected benefit.

Our customers around the world depend on the internet for their business success and so does Zerowait. We all recognize that all business is now global and our partnerships span the world. The issues of cyber liability and data breach raised their heads this year and the changing insurance landscape and vulnerabilities that corporate networks face have caused everyone to take another look at the centralization of storage in corporate networks and the security of on line data. As storage grows with the expansion of the internet of things, every company needs to have a business continuity plan that includes strategy for data access to critical files like accounting and operations if their network is breached. Perhaps silos and private cloud still have their place in modern storage architecture.

Just like the banking challenge we faced in 2014 led us to a better solution in another part of our business, we expect that many of the challenges in 2015 will also bring innovative solutions for our customers willing to look outside the box to solve their problems. We look forward to working with you to make 2015 a success

On the evening of Tuesday, September 9th, Congressional leaders unveiled a 1,603 page, $1.01 trillion FY 2015 appropriations bill to fund the U.S. government through the end of September 2015. One provision of the omnibus bill would delay the IANA transition until after the September 30, 2015 expiration of the current contract between the NTIA and ICANN.
Language in the bill states:
SEC. 540. (a) None of the funds made available by this Act may be used to relinquish the responsibility of the National Telecommunications and Information Administration during fiscal year 2015 with respect to Internet domain name system functions, including responsibility with respect to the authoritative root zone file and the Internet Assigned Numbers Authority functions.
(b) Subsection (a) of this section shall expire on September 30, 2015.
That language, a modified version of the “Duffy Amendment” that was contained in the House version of the National Defense Authorization Act, would allow NTIA to start spending funds on a transition after exercising its first option to extend the contract.
In addition, the explanatory report language of the Commerce-Justice-State portion of the omnibus spending bill, in which the above language is contained, states the following:
Internet governance.-The agreement reiterates House and Senate language regarding the Internet Corporation for Assigned Names and Numbers (ICANN) and Internet Assigned Numbers Authority (IANA) matters and modifies Senate language by directing NTIA to inform appropriate Congressional committees not less than 45 days in advance of any such proposed successor contract or any other decision related to changing NTIA's role with respect to ICANN or IANA activities. In addition, NTIA shall submit a report to the Committees on Appropriations within 45 days of enactment of this Act regarding any recourse that would be available to the United States if the decision is made to transition to a new contract and any subsequent decisions made following such transfer of Internet governance are deleterious to the United States.
This language appears to require NTIA to inform Congress 45 days prior to extending the IANA contract or taking any other decision in regard to it; as well as to submit a report to Congress within 45 days after the spending bill’s enactment regarding whether the US would have any post-transition recourse if subsequent decisions were deleterious to the U.S.
This final bill language has already been negotiated with and accepted by Senate Democratic and House Republican leaders and is likely to be enacted and sent to President Obama by the weekend. It is unlikely that the White House would veto the bill and risk a government shutdown over this IANA language (although other provisions could become sticking points between the Administration and Congress).
Rumors were already circulating in Washington that NTIA was prepared to extend the current IANA contract by at least six months in recognition of the fact that it may be impossible for the ICANN community to design and stress test enhanced accountability measures by the end of the current contract term, much less have them in place by then. So the bill may have little effect on the actual timetable for the transition. It remains to be seen what reaction to its enactment comes from ICANN, the ICANN community, and other nations.

I will start this blog by mentioning that I travel a lot; as a business owner I believe that it is important to visit our customers, and as our business has grown internationally this requires me to travel a lot of the year. By visiting our customers I learn a lot about what our customers are thinking. For example, our SimplStor Product Line was developed based customer requests in the USA, and one of our Australian customers encouraged us to develop a CCTV storage version. That Niche has become a major part of our US SimplStor business.

Over the last year, many of our NetApp CIFS customers have been asking for a SimplStor alternative for who do not want to upgrade to OnTap CDot 8.2+.  They are looking for a High Availability windows based storage solution that has the support they depend on from Zerowait. So over the last few months we have developed a SimplStor HA storage solution and based on customers’ suggestions we’ve built it to be used with VM’s and Veeam to work in  multi location infrastructures. We’ve installed and tested this solution in our own environment with our own data and app servers. Vmware’s SRM and Windows  Storage Server 2012 R2 have worked very well. As part of our testing we included mirroring to a slow cable upload connection to test it as if it was used on a remote rural site. It worked perfectly, and as one of our engineers said – “The SimplStor R2 storage server rocks!”

Over the last month I have been in Australia and New Zealand and traveling around the USA to visit our clients. Our customer base in Australia and New Zealand continues to grow as more people look for affordable solutions for their legacy NetApp support. Additionally, our SimplStor storage line continues to grow and the Australian market interest in our CCTV storage and SimplStor with Windows R2 is strong and we expect 2015 to be a very good year in the region.

As the Zerowait team travels the world and works with our Global customers we continue to discover new market opportunities for our NetApp support and SimplStor products, and as a storage and networking company we continue to grow by delivering solutions that our customers want.

Over the last few months we have been rebuilding our network infrastructure which has been evolving with our business over the last 25 years. The last major upgrade we did was in 2002 and since then there have been a lot of additional servers and people added to the company. As we grew and added to our network we kept adapting what we had to make it work, so there were many work arounds and slowly but surely we grew a very complicated tapestry of a network design.  Last year we decided that our engineering team would slowly rebuild our network infrastructure and storage design in between working on customer issues and storage implementations. In addition, we would change our phone system (VOIP) also,  but we manage the phone system as part of Administration and not part of our Network.

Once we determined that a rebuild was required we had to decide what was critical infrastructure and what order things could be worked on. Based on what we learned about the new insurance rules on Cyber Liability and Data Breach we determined that we had to keep all data and email functions in house to remain in compliance with the insurance rules and the contracts we had with customers in regards to data security.

Changing our Physical Servers into Virtual Machines was one of the first things we did and the project went well. We were able to reduce our footprint in our server rooms and we learned some tricks of the trade that already have helped us in supporting our customers who are working in Virtual Machine environments. In the process of virtualizing we were able to clean up quite a few accumulated workarounds in our server architecture and we modernized quite a few of the bits and pieces of our network.

Next came the task of upgrading our routing and switching between our locations to help with our Disaster Recovery and Business Continuity plans.  As our network had grown over the last 12 years we had added some interesting work arounds that allowed applications to talk to each other and created subnets for projects that no longer existed. Throughout the process of re engineering our network we had to keep considering what we had to be prepared for over the next few years in business and as we got closer to completing the project a customer had a request that we had not considered and we needed to consider whether to start the work around process again or purchase new equipment to handle the new customer request.

We also decided to outsource our phone system and got rid of our Nortel Meridian system. We researched a lot of providers and when we decided on the provider to go with we still did a lot of testing and tried to anticipate everything that our company and our customers would request. Even though we thought we had covered everything we would need, within a week we had to figure out a way to insert a code into the displayed number to indicate the call routing to the individual user along with a redesign of the way our follow me and hunt groups worked.

Despite our attempt to remove all workarounds, it seems we are constantly having to adapt one part of our Network, Servers  or Storage to some new trigger or requirement, whether it be a virus, malware or a new customer request or service enhancement that we are going to provide.  As a company we are all pretty adaptable to new situations and customer requests, and as we rebuild our network it has become clear that no matter how much we try to build a logical network design, inevitably we are going to have to have some workarounds in the tapestry that is our Zerowait infrastructure.