Win, Place, or Show with Zerowait! 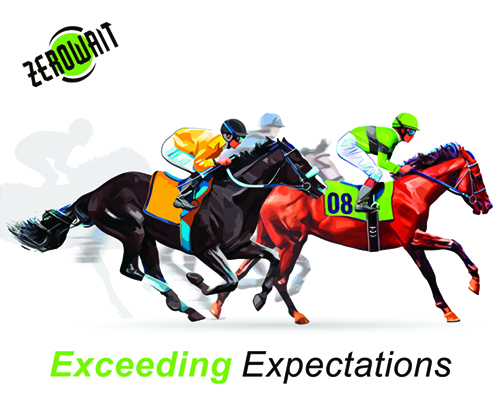 Is your data storage infrastructure growing in volume and complexity at a faster rate than your storage budget is?  While some of your data storage requires storage from  this year's winner in the magic quadrant, there is probably a large amount of storage that needs to be reliable, but requires the safety and reliability that that a proven solution provides. Migrating to the latest and greatest is often risky, why take chances with the bulk of your storage requirements?  Zerowait provides our customers with solutions they can depend on, without the headaches of the magic quadrant solutions.

Our savvy customers have been purchasing off-lease NetApp systems from us for over a decade. When you need Magic Quadrant storage, but can't justify the markup, Zerowait has a solution that will fit your needs. By watching our list of currently available NetApp Transferable Licensed Storage, you can save a fortune on your tier one storage requirements.

NetApp makes reliable equipment, and Zerowait stocks equipment and service parts in ourlocations around the world. Every part we sell has been tested twice before it ships to a customer and our engineering team is recognized and recommended by NetApp's partners around the world. It is a safe bet that whether you are replacing a drive or doing a data center migration Zerowait has the parts and engineering expertise to help you accomplish your goals. You can depend on Zerowait.

Could you imagine ten years ago that you could buy a Petabyte in 8U for under $100K? Zerowait made this a reality for our customers in 2017. If you are looking for an affordable long term storage solution that can grow with your requirements, Zerowait's SimplStor product line is the answer.

We appreciate your interest in our products, and if you call us at 302.996.9408 we will give you a 5% coupon code you can use on any item in our online store this month. If you want to contact us about your storage needs with atime/date to arrange a conference call with you and your team please click on the link or give us a call at 888.811.0808.
Posted by mike at 10:28 AM No comments:

Steak, Scotch, and Storage - No Bull 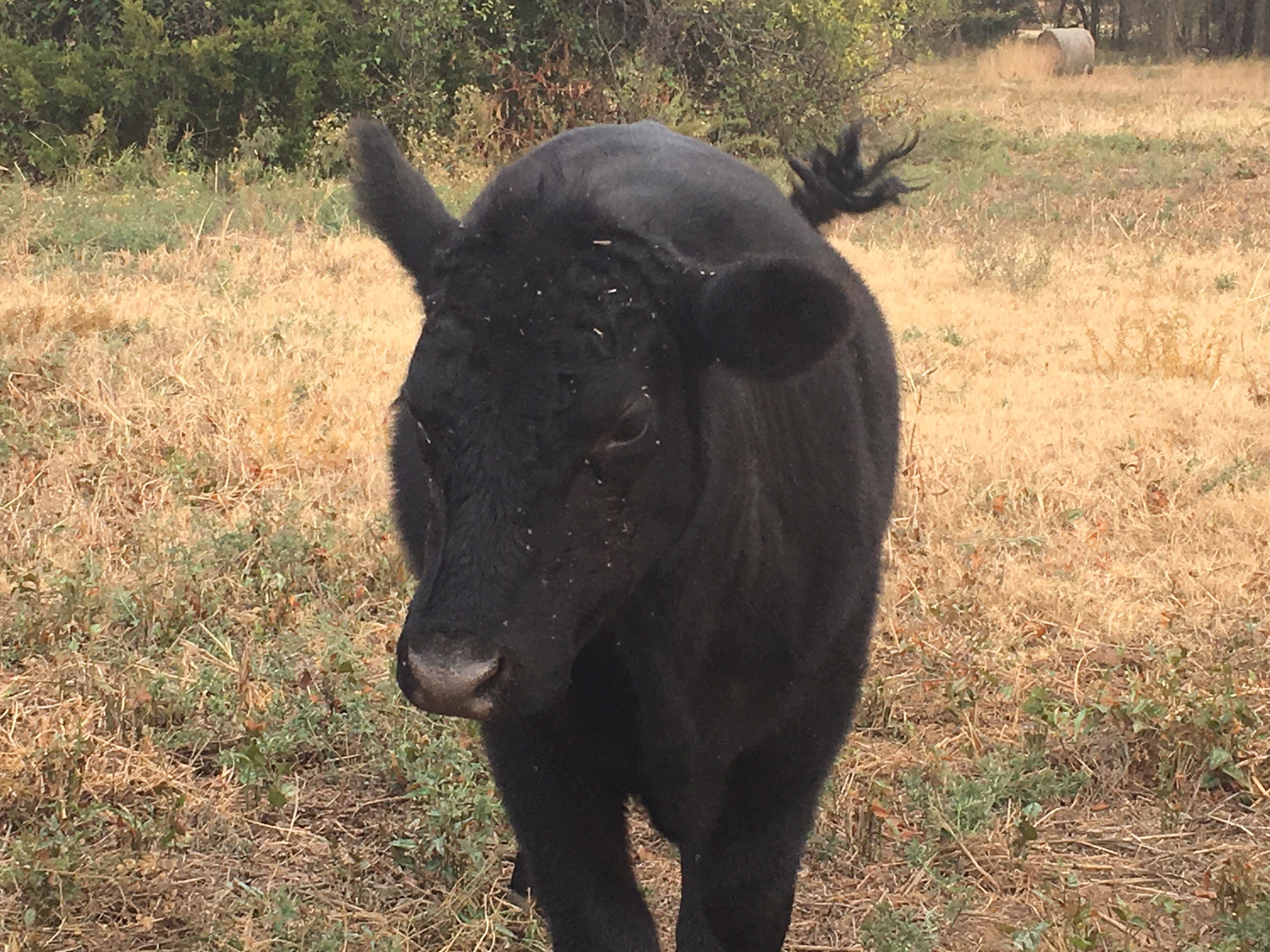 Over the last few months I have been traveling around the USA and visiting with many of our international customers. Our customers seem to be concerned about three main issues: storage security on cloud providers, how to manage their growing storage costs, and the known and unknowns about Blockchain enabled storage and Bitcoin transactions storage and what it all means. Recently, I went to dinner during the SEG Houston trade show with a few of our customers who are dealing with these three issues and trying to figure out how to prioritize the concerns so their staffs can handle the upcoming developments as they unfold.


Cloud storage is vulnerable storage
As we sat down to dinner in a very good Houston Steak House there was a lot of joking and catching up since it has been about a year since we all last got together. Everyone’s network has gotten more complex, and they all were concerned about their internal security issues. Everyone seems to have instituted some sort of Monthly Security audit and now keeps a record of software updates and patches. One thing that we all noticed was that there really is no good way of auditing the Cloud providers and we have all read articles about how one rogue employee can take down a system, or even the President’s Twitter account. The business man in me forced me to tell them that SimplStor is price competitive with Cloud storage and the restore is a lot quicker. Since I was paying for dinner I got a lot of polite comments, but a few of our guests really see the value of moving data to their own secure environments instead of keeping it on the honeypots of the big cloud storage providers.

Frustrated by Hardware and Software Vendor Pricing Models
The appetizers were delicious and the steaks that came out were large and perfectly cooked. There would be some loosening of belts after this meal. The conversation as we ate our entrees switched to the costs of hardware, software and support from NetApp and EMC. Most of our customers are very satisfied with the reliability of their hardware, but they all wanted a little tweak for this or that reason, and they would like to unbundle the software packages their vendors’ require them to purchase. Everyone agreed the meal was delicious, and that they are paying too much for software they never use. Although frustrated by their software and hardware vendors they all agreed that a good Scotch would make them feel a lot better.

Blockchain and Bitcoin Storage Concerns
As the plates were cleared and the scotch and desert orders were put in someone asked the waiter if they took BitCoin. This led to a conversation about Blockchain enabled storage and the future of business contracts and financial transactions. Perhaps it was the mixing of the wine before dinner and the great meal and the scotch after dinner, but no one was clear on where the Blockchain and Bitcoin evolution would go, but all agreed it was going to have an impact on their need for secure storage on site. We had a great time, and most of us decided to have another scotch before we left and promised each other that we would get together again next year.

We’ll be hosting dinners like this at other trade shows in 2018 and we hope you will join us. We will post the dates and trade shows we will be attending as the year unfolds. If you want to  contact us about your storage needs with a time/date to arrange a conference call with you and your team please click on the link.

First, of course, was support for legacy NetApp. We helped many of our NetApp customers with low-cost maintenance and technical services for their 7-mode systems and helped others migrate to cDot.  During 2017, we added new support customers in our mining and exploration vertical market. These installations are often in very remote locations (mines in Congo, Chile, Peru, etc.). This means providing on-site spares kits, because of difficult logistics; further, it requires increased telepresence support. To assist with this, we have developed several diagnostic techniques to help our customers maintain their systems’ high availability status even in these remote environments.

Finally, on the SimplStor side, our installed base of SimplStor storage servers continues to expand, and we’ve seen a lot of interest in our new Petabyte series (1.5PB in only 8U) for video and archive environments and will soon deploy several large SimplStor EVS surveillance solutions--which include our storage, Dell switches, and Axis cameras and software.

Our customers know that Zerowait’s staff is available whenever they have a problem, and we have had many NetApp service and support customers for over a decade. Zerowait’s philosophy is to provide our customers with flexible service solutions and products that are easily adaptable to their requirements, while helping them stretch their IT budgets

Today's storage  customers require Scalability, Flexibility, Reliability, and Affordability from their storage solutions.  It takes a guide to find that perfect stretch of water, and we work hard to guide our customers to the perfect storage solution. Good Fishing!

If you are fishing for a new NetApp support provider or an alternative storage solution please give us a call, please feel free to contact us with a time/date to arrange a conference call with you and your team.
Posted by mike at 10:56 AM No comments: